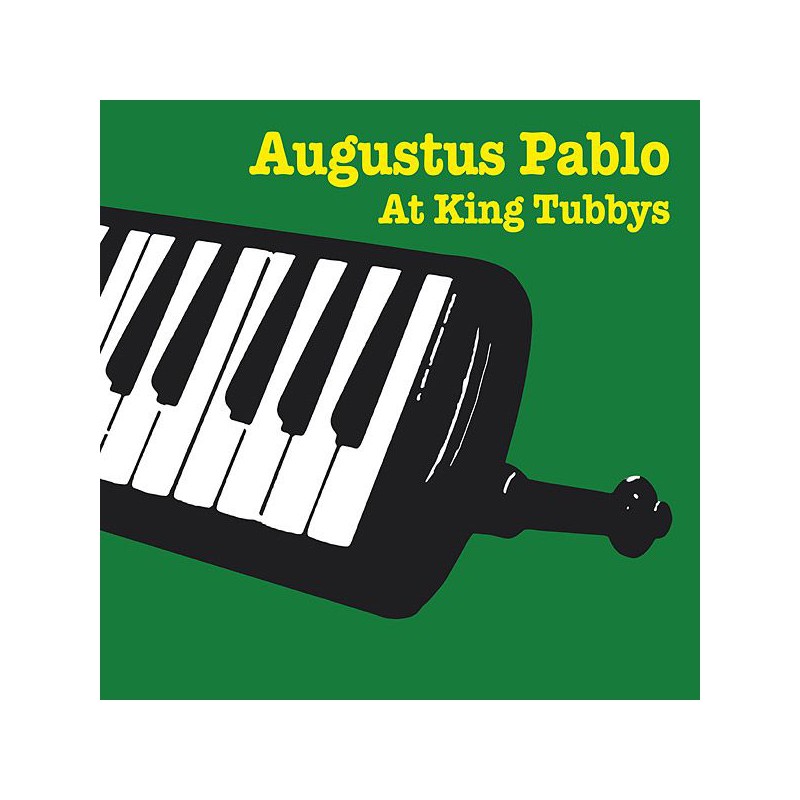 Reissue of Augustus Pablo's Augustus Pablo At King Tubbys, originally released in 2005. The visionary musician and record producer Augustus Pablo made some of the most unique and individual recordings in the history of reggae. As with his friend and mentor, Jackie Mittoo, the man born Horace Swaby was of mixed Indian and African heritage, and although his middle-class background might have pointed him in a very different direction, the lure of Jamaica's sound system culture captured him at a young age, particularly after debilitating health problems saw him drop out of school. He began recording as a session keyboardist as the '60s gave way to the '70s, but everything changed when a school-friend introduced him to the melodica, a small plastic keyboard operated by a mouthpiece, which he used on seminal recordings for producer Herman Chin-Loy, credited to Augustus Pablo on the release. During the early 1970s, Pablo crafted melodica instrumentals for all of the leading reggae producers, scoring "best instrumental" for "Java" in 1973, and launching the Rockers label to showcase self-produced work at the same time. This multi-faceted compilation, first issued on Bunny Lee's Attack label in 2005, compiles memorable melodica interpretations of some of Lee's greatest productions, recorded over dub cuts of immortal numbers such as Cornell Campbell's "Queen Of The Minstrel" and John Holt's "My Desire".