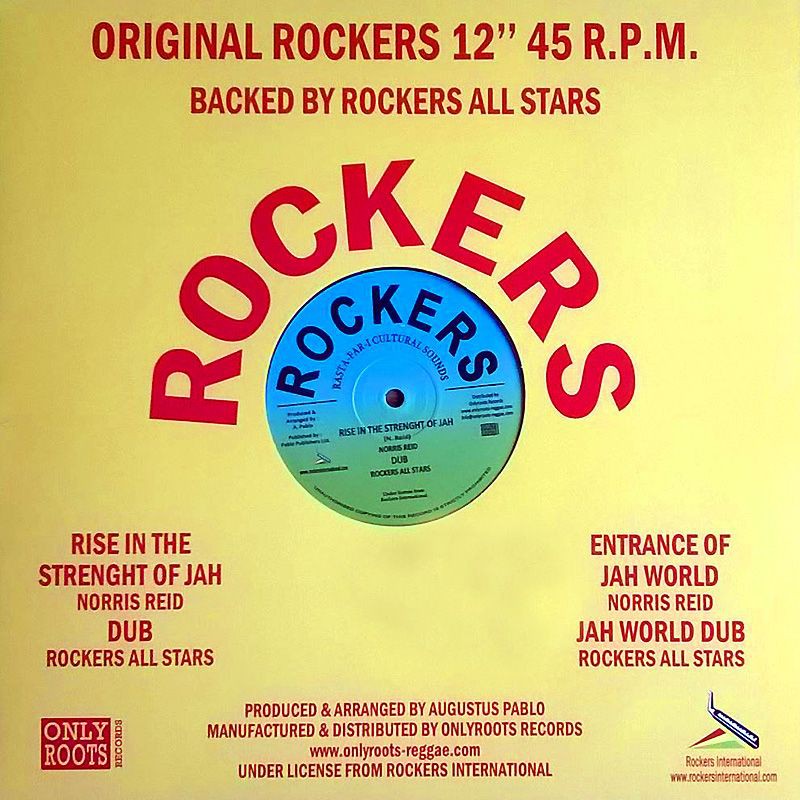 Original recording of "Rise In The Strenght Of Jah" from 1981 with its extended dub version. Produced by Augustus Pablo. Norris Reid will record it again in 1982 for Linval Thompson as lead singer of the Viceroys.

Flip side is another killer roots tune from the 80's.Backed as well by the Rockers All Stars.

A SIDE : NORRIS REID & ROCKERS ALL STARS - RISE IN THE STRENGTH OF JAH (Extended)